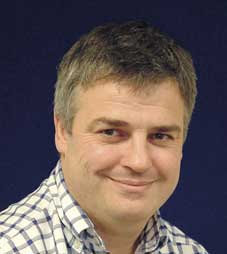 Working with people who use drugs is a multidisciplinary landscape with key workers at its heart, says Dr Steve Brinksman

For the past six months my practice has been providing the medical cover for some of the homeless and vulnerable persons’ drug service sessions in Birmingham. Because the doctor who usually covers these clinics is on sabbatical, it has been my privilege to do these clinics for the last three months.

Most of the patients are IV poly-drug users, many are rough sleeping, there are high rates of hepatitis C, and much higher rates than usual of HIV. A lot are groin injectors; DVTs and cellulitis are common and we had one patient recently who had a femoral artery pseudo-aneurysm rupture but fortunately survived.

The police have started to clamp down on begging and many of the patients have received criminal anti-social behaviour orders and are banned from large chunks of the city centre, which makes collecting their prescriptions and attending appointments a breach of their orders. There are no safe places to inject, so under flyovers, on flat roofs and in bushes by car parks there are needle litter and desperate people hurriedly injecting with all the risks that entails. This may make grim reading and sound very negative, and indeed much work is needed to change some of the attitudes within the authorities.

However my time there has felt incredibly positive, as despite these problems the staff are highly motivated and committed to working with this group, both through key working and support from the clinic, but also outreach. I was buoyed by their resilience and enthusiasm and reassured to see how individualised the care was for each and every client.

For me this has emphasised again the essential role the key worker has in an individual’s treatment journey. For the first 12 years I attempted to treat people with problematic drug use at my practice. They had to go elsewhere for key worker support, and this disconnection meant much higher dropout rates, difficulty in communication and multiple journeys and appointments for the patients. The day when the shared care system in Birmingham formally launched, and we had key workers in our GP surgeries, was probably the most effective change that has happened in my career.

I have come to realise over the years that while a prescriber’s role is important, what we do by providing a prescription for OST is to give people a choice. Without a script they have little option but to use drugs. On a script they have a choice to not use, however the confidence and ability to do that comes from within them and is usually a result of the strong therapeutic relationship that effective and caring key work brings.

Working with people who use drugs problematically needs a truly multidisciplinary approach. The bedrock of this is carers, peers and social support, but within treatment systems it needs doctors, nurses, pharmacists, counsellors and key workers who care about their clients and who communicate and work together to deliver the needs identified by the individual patient across the whole spectrum of treatment – from harm reduction to supporting abstinence.

Steve Brinksman is a GP in Birmingham and clinical lead of SMMGP. www.smmgp.org.uk. He is also the RCGP regional lead in substance misuse for the West Midlands