Public Health England (PHE) is to launch an independent review into the ‘growing problem’ of prescription drug dependency, the government has announced. 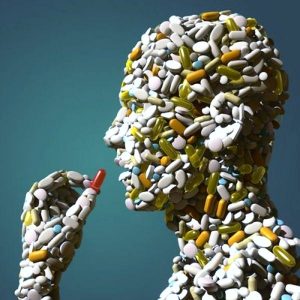 Dependence-forming drugs such as opioids, benzodiazepines, GABAergic medicines and ‘z-drugs’ like zopiclone were being prescribed to 9 per cent of the population by 2015, according to figures from NatCen, up from 6 per cent in 2000. The year-long PHE review will cover sedatives, painkillers, anti-anxiety drugs and antidepressants.

The All-Party Parliamentary Group (APPG) for Prescribed Drug Dependence has been calling for a 24-hour helpline for people experiencing dependence on these substances (DDN, April 2017, page 4). ‘The APPG is pleased that Public Health England now agrees that prescribed drug dependence is a serious public health issue which needs to be addressed,’ it said.

‘Prescribed drug dependence can have devastating consequences for patients, leading to years of unnecessary suffering and disability following withdrawal from medication which has simply been taken as directed by a doctor,’ said APPG chair Paul Flynn MP. ‘The APPG welcomes the proposed evidence review of prescribed drug dependence and withdrawal by Public Health England as a first step towards the commissioning of services, including a national helpline, to support patients affected by this urgent public health issue.’

The Royal College of General Practitioners (RCGP), meanwhile, welcomed the review but warned that it was important not to ‘automatically jump to the conclusion that more drugs being prescribed is always a bad thing’, as advances in research meant a wider choice of medicines for patients.

‘Many addictive medications, when prescribed and monitored correctly and in line with clinical guidelines, can be very effective in treating a wide range of health conditions,’ said RCCGP chair Professor Helen Stokes-Lampard.

‘But all drugs will have risks and potential side effects. GPs will always prescribe in the best interests of the individual patient in front of us, taking into account the physical, psychological and social factors that might be impacting their health. However, we know most patients would rather not be on long-term medication and where appropriate we will explore non-pharmacological treatments, but these – and this is particularly so for psychological therapies – are often scarce at community level.’