The coronavirus outbreak has transformed almost every aspect of our society at dizzying speed. DDN looks at the impact so far on treatment services and their vulnerable client groups.

Public health experts had been saying for years that a pandemic on the scale of ‘Spanish flu’ in 1918 was long overdue, and there were fears that it had arrived with avian flu and later with the SARS coronavirus in the early 2000s. When COVID-19 hit, however, it was the real deal. The final impact may prove to be far less deadly than 1918, but only time will tell. In the meantime the situation is changing at breakneck speed, with society’s most vulnerable – as always – at particular risk.

The long-term impact on the drug and alcohol treatment sector also remains unknown. The fallout from the financial crash of 2008 led to the prolonged austerity policies that decimated the treatment field, and there is no doubt that COVID-19 will cause a recession – it’s just a matter of how deep and how long. And no one in the field needs reminding that when decisions are made about which groups to spend scarce resources on, their clients tend not to be near the top of the list. 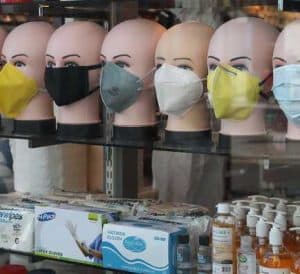 But for now there’s an urgent health crisis to deal with. Services know that their older clients are an extremely vulnerable population, and many will have long-term respiratory issues as well as weakened immune systems and overall poor health – both physical and mental. One of the most vulnerable populations of all, of course, is people sleeping rough. Homelessness charities were issuing increasingly urgent messages about the need for clear guidance and warning they would be forced to turn people away from shelters if they presented with symptoms.

When official guidance did come it was swiftly branded inadequate, as it failed to set out how those sleeping rough would be able to self-isolate. The government subsequently instructed local authorities to provide accommodation for all rough sleepers by the evening of 29 March, but days later it was still unclear how many homeless people had yet to be housed.

Treatment agencies meanwhile are acting on government and PHE advice as well as drawing up their own action plans. Peer-led charity Build on Belief (BoB) felt it had no choice but to close in order to protect the health of volunteers, staff and service users. ‘It was an extremely difficult decision,’ chief executive Tim Sampey tells DDN.

‘All our services are London-based so we’re up to our necks in this – Kensington and Chelsea was a hotspot from the start. We’ve always recruited from our volunteer teams, so of course people have underlying health issues across the board. We figured out that two thirds of everybody either volunteering or working for this organisation has an underlying health problem that would put them at risk, and at that point we had no choice but to shut. In many cases we beat our providers to the punch by a day or so – a lot of the messages I got back were, “We were just about to ask you to do that anyway.” I don’t know what it’s like outside London but here it’s just prescribing, basically.’

Executive operations director for Humankind, Anna Headley, tells DDN that while staff will self-isolate if they – or family members – have symptoms her biggest worry is the service users. ‘How are they accessing their treatment, whether that be prescribed treatment or an adjunct to that?’ she says. ‘We run a lot of hep C clinics, so their hep C medication for example. And then services are closing down. Everybody’s trying to reduce the footfall into their premises, which is absolutely the right thing to do, but of course you have to manage the risk of that if you’ve had service users on daily supervised consumption. Some pharmacies are no longer offering that service, so what’s the alternative to that?’

BoB intends to offer as much support to people as it can via phone or social media, and is working out how best to make that work. ‘We’re looking at what the rules will be around that,’ says Tim Sampey. ‘I don’t want to put staff in the position where they’re being rung 12 hours a day, seven days a week. But we’re going to try to do what we can remotely.’

‘A lot of our guys who are in recovery rely on our groups and social gatherings that we do to keep sober,’ says Anna Headley. ‘Some group workers who can’t run groups any more have made little videos, anything to try to keep that interaction with service users. We’ve got an amazing team and we’ve set up webinars to train staff in doing remote one-to-one consultations. We also have online counselling with DrinkCoach and we’ve been able to adapt that into regular psychosocial interventions, so that’s working really well, and obviously phone contact. We’re mobilising staff who’ve traditionally worked in big offices and are suddenly home workers.’ 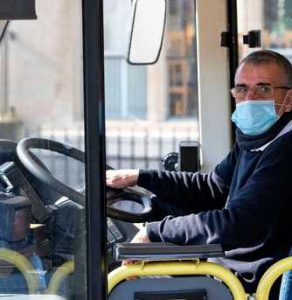 One significant concern, however, is that many of the people who need support the most – and may already have significant mental health issues that will be compounded by further isolation – will not be able to access it. ‘Lots of people don’t have internet access at home, don’t have a computer or in some cases even a smartphone,’ says Tim Sampey. ‘A lot of our client group are going to be incredibly isolated.’

There are also concerns that over-stretched emergency services may be slow to respond to overdose situations, while anyone who has the infection could be more at risk of respiratory failure during an overdose, and some people have expressed fears that reduced supplies of street drugs as a result of restrictions on movement could lead to potentially harmful substances such as synthetic opioids being added to supplies.

Overall, people who use drugs are being advised to adopt common-sense precautions such as not to share pipes, joints or snorting equipment and make sure they prepare any drugs they take themselves. ‘We’ve tried getting information out to vulnerable groups in a number of ways, including social media, but it’s often the people who are most in need of that information who aren’t accessing it,’ says Anna Headley. ‘That’s the worry.’

There are also the simple day-to-day practicalities of how to get by in a situation like this. For most people, their lives are facing huge disruption and they may be frequently confronted with empty supermarket shelves, but they will be able to cope. That’s not going to be the case for many service users, however. ‘Some people are really vulnerable and don’t have the option of driving around to different shops,’ says Anna Headley.

‘We can buy our way out of this problem, they can’t. If they have a disability and impaired mobility they may find it difficult to access alternatives for their food. It is also a sad reality for some within our client group that, with fewer people out and about, clients begging will have less opportunity for charity in the form of cash donations or food brought to them. This is at a time when local support groups have also closed due to the virus.’

One huge issue for treatment services – as with other organisations up to and including the government – is simply trying to keep ahead of all this. ‘It’s the speed things are changing that caught everybody out,’ says Anna Headley. ‘We had a full business continuity plan set up on the afternoon the prime minister did his first big announcement, and it was out of date within an hour.’

When it comes to the long-term financial impact on a sector that’s already been cut to the bone, however, it’s impossible to predict. ‘We’ve just had the public health grant announcement, which does give me a bit of hope,’ she says. ‘With governments it’s always cyclical, and I hope that they do realise people are at a very low ebb and that they do have to invest. I do try to have a glass-half-full attitude.’

‘I think the wider sector might not be too bad per se, because they’re working with a vulnerable client group,’ says Tim Sampey. ‘I think politically there’s going to be a real pushback on looking after the homeless and people with addiction problems, so I think the wider sector may be a little better protected than we might think. From a BoB perspective it’s going to be tricky for us if we’re not able to open for three or four months. At the moment we’re asking our staff to go and help out at our providers to see what we can do together collectively, but ultimately what can you do? It’s all so far out of your control that I’m trying not to think about it too much.’