An effective review of commissioning will need input and inspir­a­tion from everyone involved – practitioners, commissioners, and especially those using services. DDN reports. 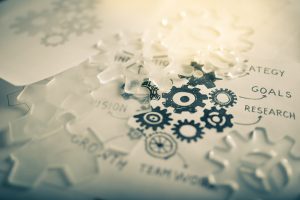 There have been many calls for a review of commissioning practice as budget cuts have sliced through services and severely curtailed treatment capacity. So the newly formed Expert Faculty on Commissioning’s consultation (page 10) is certainly timely. ‘The financial squeeze on drug and alcohol services will seriously undermine the quality and effectiveness of services,’ says Annette Dale-Perera, chair of the ACMD Recovery Committee, which at the end of last year announced that the commissioning structure needed an overhaul (DDN, November, page 7).

The faculty’s review offers key questions for commissioning, asking how we can ensure skilled staff are providing high quality support, incorporate innovative thinking, make sure that services are well integrated with partner support services, and consider whether we are using the right outcome measures.

The question of staff skills and training is being addressed by the Federation of Drug Alcohol Practitioners (FDAP), which is now administrated by SMMGP. Interim executive director Kate Halliday explains that FDAP has been developing an apprenticeship for the sector to drive up standards. A ‘trailblazer group’, including major employers in the field, is putting forward a proposal to the Institute of Apprenticeships for a Drug and Alcohol Practitioner Apprenticeship level four qualification.

The standardisation of training for drug and alcohol practitioners represents an exciting time for workforce development in the sector, says Halliday: ‘We can hope to see an improvement in the provision of services, the retention of staff and the encouragement of new talent to the field.’ FDAP hopes that the first apprenticeship courses will be ready for roll-out in 2019.

The question of adopting more innovative commissioning practice depends on ‘a fluid dialogue between commissioners and those at the front delivering the services,’ believes Yasmin Batliwala, chair of WDP – whose organisation, alongside Blenheim and Addaction, supports the Drugs, Alcohol and Justice Cross-Parliamentary Group. The group’s recent Charter for Change called for the creation of a national commissioning ombudsman to address failures in commissioning practice.

‘By establishing firmly this culture of transparency, the often-byzantine process of allocating funding is made that little bit simpler,’ she says. On the one hand commissioners are put at ease, safe in the knowledge that the money is going to dedicated experts and professionals, and on the other, it instils confidence in the providers on the front line, ensuring that they remain valued and supported.

Blenheim’s interim chief executive, Deborah Jenkins, acknowledges that innovation is difficult when commissioners are under such huge pressure to do the best they can, with continuing levels of disinvestment against a rising number of service users. She sums up the ‘lose-lose situation for commissioners, providers and most importantly service users’, as ‘tenders are issued where it is just not possible for even the leanest organisation to deliver’.

‘Commissioners are facing extremely difficult choices about where to cut back,’ she points out. ‘Do they cut back on needle exchanges, which are perhaps an easy choice but which would lead to wider public health risk of an increase in blood-borne viruses such as HIV and hepatitis C? Do they try to commission innovative digital services which, while largely unproven, are cheaper than face-to-face services and don’t require the overheads of premises? Do they decommission the wrap-around employment, training and education programmes that are designed to help people integrate back into society, sealing that final step on the recovery journey, and without which relapse is highly likely? Or do they cut back on children and young people’s services, where the interventions have the greatest possible lifelong impact for service users and their families?’

There is no easy answer, she acknowledges, as all these services are crucial in providing highly effective drug and alcohol support services. But her suggestion is that commissioners think laterally, focusing on the return on investment to the wider economy. And yes, she believes there is scope for a more innovative approach.

We need to ask ourselves whether there are better ways of commissioning drug and alcohol services, she says, such as ‘commissioning jointly with CCGs who are responsible for mental health, with police for prevention of drug and alcohol-related crime, and with housing departments.

‘The same vulnerable and high-risk cohort of people appear in the pathways across all these organisations, so let’s take a people-centric approach and a joined-up view of how to address the problem and complexity surrounding substance misuse.’

‘Successful peer-led initiatives take time
and commitment to design, implement
and grow, and like roses are difficult to
revive if allowed to wither and die.’

The question of integrating services has to take service user involvement as its starting point, believes Tim Sampey, founder and chief executive of the peer-run service user charity Build on Belief.

A lot has changed in service user involvement in the past decade, with peer-led initiatives springing up all over the country – ‘Build on Belief and the FIRM in London, Red Rose Recovery and the Recovery Republic in the north of England, SUIT in the Midlands, to name but a very few,’ he says.

‘In the past couple of months, the importance of these service user initiatives has been the focus of both the APPG Complex Needs and Dual Diagnosis People powered recovery report and the EMCDDA paper, User-led interventions – an expanding resource? But where do they sit in the commissioning framework?’

In too many instances, peer-led initiatives are not written into the tender specification at all, he says – or if there are, they are levered into service provision as ‘added value’. In such cases, the specification is often ‘so fuzzy it risks becoming meaningless’, with the vast potential to add valuable layers of peer support and aftercare completely missed.

The practice of ‘whole system commissioning’ excludes many peer-led organisations with strong track records, who are formally constituted as CICs or charities, from taking part in the tendering process unless they can subcontract their services to a major provider, he points out. He acknowledges that some of the big treatment providers have been highly supportive of such organisations over the past few years, but adds ‘the buy-in is not universal, and there are those who think it both cheaper and less risky to keep everything in house.’ And while some projects are directly commissioned by local authorities, ensuring their independence, ‘this practice is not as widespread as it should be,’ he says.

Sampey does, however, have news about a different approach that he hopes will become more widespread. ‘In the past year, two small contracts were put out in Southwark and Medway separately from the main service provision tender, with the specific intention of attracting smaller, bespoke organisations,’ he says. ‘It’s too early to say if this is the beginning of a trend, or an exception to the rule, but such initiatives are far-sighted and welcomed.

‘I’ve also heard stories, mostly from the Midlands and the north of England, of commissioners protecting small peer-led initiatives by making it clear that they must be supported by whichever main provider wins the contract,’ he adds.

He sees this as good practice. ‘Successful peer-led initiatives take time and commitment to design, implement and grow, and like roses are difficult to revive if allowed to wither and die. Clearer provision for them in overall tender specifications, smaller bespoke commissioning, and protection for existing services in whole system commissioning would go a long way to ensuring that a lot of the effort, innovation and creativity put into the wider service user involvement agenda over the past decade is not lost.’

As Sampey points out, working with service user networks is invaluable in informing consultation documents and strategy papers around complex needs. An important factor in getting this right is to connect effectively with the many other support services, rather than commissioning for substance misuse as a separate entity.

‘The drug strategy acknowledges that the drug strategy in isolation can’t deliver the changes that most people need in their lives – the need to incorporate changes around employment, accessing mental health and physical health services, offending, domestic violence, and caring for your children,’ says Paul Hayes, head of Collective Voice and former head of the National Treatment Agency (NTA). ‘Drug treatment makes a vital contribution to all of those things, but in isolation won’t address any of them.’

Commissioning will need to be informed by broader measures than relying solely on the Treatment Outcomes Profile (TOP), he points out. ‘Just as a whole range of services need to be available to people with drug and alcohol problems, so outcome measures need to reflect what’s happening to people’s lives with broader communities, within all of these domains,’ he says.

‘TOP is an excellent way of identifying the progress an individual is making towards addressing a number of those issues, but in isolation can’t tell the whole picture about the impact of drug misuse, or its cumulative impact, along with other services, for whole communities.’

The DDN conference on 22 February will give the opportunity to get involved in the commissioning consultation.

This article has been produced with support from Camurus, which has not influenced the content in any way.