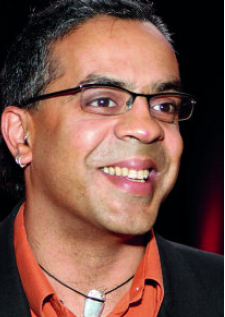 The language of new drugs can be unhelpful at best and risky at worst. Kevin Flemen offers a guide

Our KFx training course Cats, Bees and Dragonflies explores the subject of newer, emerging drugs, and one of the issues we address very early on is the frame of reference. This inevitably brings up the vexed question of what collective terms to use about newer compounds.

For well-rehearsed reasons we should avoid the phrase ‘legal highs’. Many of the compounds are no longer legal, and not all are stimulants. There is debate as to whether or not people equate legality with safety, but I am of the mind that ‘legal’ has connotations of being sanctioned or approved; it suggests legality via permission. As this is not the case, I prefer ‘unregulated’ as opposed to ‘legal’.

The phrase that has become de rigueur among academics and policy experts is novel psychoactive compounds (or substances). It’s the phrase of choice for the EU, and the EMCDDA defines it thus:

‘A new narcotic or psychotropic drug, in pure form or in preparation, that is not controlled by the United Nations drug conventions, but which may pose a public health threat comparable to that posed by substances listed in these conventions.’

There are a number of problems with this definition, not least that some of the compounds are not that new. Nitrous oxide has been around since the latter half of the 19th century, 4-mmc was first synthesised in 1929 and a lot of the benzo-type drugs doing the rounds at the moment were first synthesised in the 1960s. It also creates the small problem that as soon as the drug is controlled by the UN drug conventions, it ceases to be a novel psychoactive compound (NPC).

More problematically for me, the term has little or no relevance to end users. A resource, service or awareness session referring to NPCs will not register with key target groups. Asking people, ‘what NPCs have you used in the last month?’ won’t elicit the information that I am looking for. It’s akin to when the language switched from talking about ‘glue sniffing’ to ‘volatile substance abuse’. The language may be more accurate, but what it gains in accuracy it loses in comprehension.

The other thing that is interesting about all the widely used phrases – ‘novel psychoactive compounds’, ‘legal highs’, and ‘research chemicals’ is that the word ‘drugs’ is absent. According to Rick Bradley from KCA, presenting at a recent seminar, about 85 per cent of NPS users do not recognise themselves as drug users. The language we have all adopted contributes to the sense that these are somehow distinct from other drugs.

In turn, this linguistic sleight of hand has, to my mind, disempowered drugs workers. The recurrent theme from training sessions is a sense of not understanding this new world of NPS, and these are often experienced workers who can deal with the full spectrum of ‘traditional’ drugs. Reminding these workers that these are still drugs, much like ones they can and have worked with, does much to overcome this sense of disempowerment.

So, over time, I have tried to find a language that works to address these problems. I found that the phrase ‘newer unregulated drugs’ worked reasonably well – except when the law changes. What’s important is that we have the discussion and explore the role language and terminology plays in constructing paradigms.

What we call our emerging drugs also has a bearing on the assessment process. If we don’t ask and prompt about newer drugs, we may not get this information volunteered. And when it comes to newer drugs, this brings with it some very specific challenges.

As highlighted earlier, there’s some evidence that some people may not consider their ‘legal’ substances to be drugs, so if they are asked about other drugs they may not volunteer emergent drugs.

We want to try and avoid the term ‘legal highs’ for reasons mentioned, and use of phrases such as novel psychoactive compounds may not have a high recognition factor with young people.

Routinely we would ask people about (for example) their benzodiazepine use. But asking this doesn’t automatically mean that the respondent will link their etizolam use to the use of benzos, and volunteer this as a response. Similarly, although we ask about cannabis use, the respondent may not volunteer that they are smoking synthetic cannabinoids.

The emergence of generic slang such as ‘legals’ could cover a wide range of drugs. Regionally, slang such as ‘monkey dust’ or ‘bubble’ could refer to a specific compound such as mephedrone or any unknown white powder.  In turn ‘mephedrone’, once referring to 4-mmc, could now be used interchangeably for other white powder drugs. So assumptions both by user and worker as to what a person is actually using could be both misleading and dangerous.

Especially when working with younger, naïve users, it is important that the assessment process doesn’t end up introducing the client to a whole list of substances with which they were unfamiliar. So while initially tempting, an assessment form that either lists or illustrates a wide range of different products is risky. It is still unlikely to be comprehensive – there are so many brands on the market now. But it also risks introducing substances to a client who was hitherto unaware of that compound or family of drugs. We need to prompt, but without exposing the respondent to still more compounds.

After a numerous training sessions and a number of false starts, a screening process emerged which addressed all my key concerns. It sits alongside an existing standard screen and looks specifically at newer drugs.

Rather than exploring specific substances it looks at types of compound and routes. So for example by asking about smoked substances it can elicit synthetic cannabinoids, kratom, or salvia without naming the substances. Even vague references to ‘I smoked something, I’m not sure what it was…’ can be incorporated.

Likewise, by asking about ‘white powders’ we can explore all the different brands and unbranded substances again, without having to give names. Using the same format, the tool asks about pills and pellets, and other substances (swallowed, inhaled etc) to cover other drug groups.

Another key aspect of the assessment tool links back to the idea that we don’t know what the person has used, and a lot of the time, neither do they. The respondent says that they have used ‘mephedrone’ but we can’t be sure that this is the case. It is important to be able to hear their experience of what they used rather than imposing an assumption of how this substance should have felt.

In training we use the drug map to explore the relative location of different drugs. We can use it to explore potency, duration and effects. In the context of assessment it is left blank, so the respondent can describe how the substance affected them – strong stimulant effect, very hallucinogenic, drowsy and so on. This is useful, not least because it ensures that the client can articulate their experience of the substance. It can also highlight where there’s a high chance they have used something other than their named substance – where the effects described are at variance with typical reports of that drug.

The assessment tool goes on to explore key issues stemming from use and develop an action plan, and can be downloaded free from the KFx website. (Feedback on its use is very welcome and will help me to revise it.) Ideally use of the tool will be combined with staff training to increase awareness and confidence in responding to newer unregulated drugs.