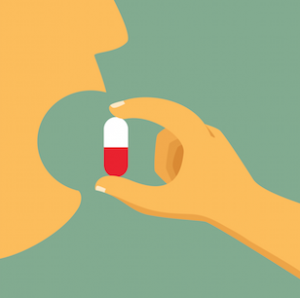 How do we find and treat the ‘hidden cohort’ of patients addicted to opioid painkillers? In the second of a three-part series, DDN reports

‘People who are addicted to painkillers are a really complex group,’ says Jon Royle, chief executive of the Bridge Project. ‘You’ve got people who are prescribed painkillers and who are also using illicit drugs and have complex addiction issues. And you’ve got other people who were prescribed them to manage pain legitimately, so where the pain relief is required and where it has become an actual addiction problem is no longer clear cut.’ Among the patient group are those with complex emotional, psychological problems, who are taking anything to make themselves better, he explains. ‘So there are a lot of issues to work with when you get into this cohort.’

At the Bridge Project, based in Bradford, staff had experienced success in running a benzodiazepine withdrawal service for the past seven years, targeting patients in primary health care and GP practices.‘Doing that kind of work in primary care, we were also coming across a great deal of patients addicted to prescribed painkillers as well,’ says Royle. As with the benzos, ‘these patients are never going to roll up at an addiction treatment service on the high street – but that doesn’t mean that there’s not tens of thousands of them out there, people who’d say “I’ve never been near an illegal drug in my life”.’

So they decided to develop a model along similar lines to the benzodiazepine scheme, going into GP practices with the highest levels of prescribing and using the Opioid Risk Assessment Tool (ORAT) – which sits alongside the patient record system, Emis – to screen patients. They then worked with GPs to review the patients’ prescribing and liaised with specialist doctors and addiction practitioners to offer treatment, detoxification and support such as cognitive behavioural therapy (CBT). The response has been ‘really good, with far better outcomes than with opiate users’, says Royle – success he attributes to planting the service within primary care.

‘The problem occurred in primary care and it’s best to manage it in primary care, with the support of the GP,’ he says. ‘You get better compliance with treatment and much better engagement. I don’t think many of the patients that we’re talking about would want to work with you if you tried to transfer their care into community drug treatment settings, although there are a small number that you do have to transfer into the specialist services – those that are already using illicit drugs and have quite entrenched addictions.’

A characteristic of this group is their high level of motivation to change. ‘They’ve got insight that the medication is not helping them anymore, and that it’s become a problem in itself,’ he says, adding: ‘That’s not to say that they don’t need quite a bit of support and counselling as well when they come off these medications, to deal with the underlying issues.’

So what about the hard-pressed GPs – were they difficult to engage? Many GPs have inherited these patients, says Royle. ‘A lot of them have taken their medication for so long that it would be difficult to say who actually started them on it – they’ve seen lots of different clinicians and professionals over the years. ‘Obviously it’s an extremely difficult issue for a GP to handle on their own if they’ve got a patient who’s been physically dependent on opiates for years and years and is not actually causing a fuss, just turning up and getting a repeat prescription. How can they easily address it when they’ve got ten minutes for an appointment? ‘So we’re often greeted with a lot of willingness and a sense of relief by GPs that somebody’s actually going to come in and help them.’

Bradford is fortunate in having commissioners who understand the issue, he says. The clinical commissioning group (CCG) is very supportive of the scheme and has a clear financial incentive to see it work – ‘in one area, if they could just get down to the national average level of prescribing of the top most common opiate based painkillers, they would save £1.4m,’ he says.

But it’s not easy in a climate of tightening budgets and increasing caseloads.‘You’ve got to go out there and find the patients in primary care and be proactive,’ says Royle. ‘And that does require dedicated investment – it’s no good just saying we’ve created a treatment system and if they come to us we will treat them. Commissioners will have to be very specific if they want to see any inroads into this patient cohort, and that’s a difficult challenge for them.’

As public health programme lead for substance misuse at South Gloucester Council, Matt Wills also uncovered a problem with prescribed opiate use in his area – ‘a massive spike as big as the Shard in London’ that demanded attention. He soon recognised the difficulties in reaching this cohort, hidden behind the legitimacy of the doctor’s prescription, ‘sat comfortably and completely addicted to opiates’.‘These people can be quite affronted when you say “you may have a substance misuse problem”,’ he says. ‘They would say “well I’m not an addict am I, because a doctor’s prescribed it. How can I be misusing if I’m using my script?” Predominantly these are people that are working, are integrated into society, and not causing a problem. They’re not showing up in A&E, they’re not showing up in police cells. But inevitably their addiction is going to show itself somewhere in the health system.’

Wills realised he needed statistics to inform a strategy. ‘So we drew on global, regional and local data, we grabbed whatever we could and we wrote an opiate analgesic profile – that was the start of a plan,’ he says. ‘And it was a very contentious paper because what I had to do was say “we’ve got an addiction problem with prescribed meds, but we’re not blaming the GPs because they’re under immense pressure”. Because the minute I disengage the GPs, we’re in trouble.

‘So I had to be very careful about saying “we understand the seven-minute consultation. We understand the seven-day-a-week NHS”. You have to do it in a way that the GPs want to have these conversations. What we don’t want to do is say to GPs, “here’s another problem”. We want to say “you have a powerful voice. If you’re willing to start the conversation and work with us, we will wrap services around you”.’

The approach worked. ‘Two GPs that work for the DAT said, “do you know what? We do overprescribe and we think we could do better so we’ll be happy to be part of your pilot”. To get two GPs on board, willing to take part, was probably the biggest key in terms of partnership,’ he says.‘This is a GP-led intervention, where the GP will have the relationship with their patient and lead them through their care, with the support of shared care workers, consultants and pain meds,’ he emphasises. ‘Because the minute we start to lose that local GP-led intervention, people start to lose trust.’

The fact that South Gloucestershire is in the process of moving substance misuse into primary care will strengthen the initiative, he adds, ‘as our new cohort don’t want to sit in a drug centre.’ Asking Public Health England (PHE) to endorse the project initially proved more difficult, as they were reluctant to support it until it was successful. Wills was frustrated – ‘sometimes you’ve got to innovate, you’ve got to take a risk’.

But endorsement of the local ‘really strong’ joint commissioning group brought key partners on board, including the police and crime commissioner, clinical commissioning group, GPs and the police. It secured the £50,000 of local public health funding he needed, on the understanding that ‘at the end of the pilot this may be of interest to everyone and more people may need to invest’.Using the ORAT data collection tool, Wills and his team extracted eight cohorts of patient that were receiving high levels of prescriptions.

‘So we’ve set up assessment tools, we’ve got the structure set up with consultants and pain clinics – we’ve set up the model and are starting to look at people who are maybe using too many opiate painkillers and could be using less. We’re looking at how we can reduce their need for primary clinical interventions and how we can release the burden on GP surgeries and on medication costs.’ And while the clinical cost is important, it’s the wider health outcomes that really matter, he says, which has prompted them to start developing a tool similar to the Treatment Outcomes Profile (TOP), to show the patient’s direction of travel.

‘You can track the engagement, you can track the discharge rates, you can track clinical interventions, you can track the GPs,’ says Wills. ‘But what we’re also doing alongside it, is tracking the more holistic approach – how the patient’s feeling.’ For all the progress, Wills sees plenty more challenges ahead – not least in reaching the children and grandchildren enjoying a plentiful supply of pure opiates in grandma’s bathroom cabinet. But he is confident that upskilling GPs is a valuable first step. ‘We want them to be able to help their patients to think when they look in their medicine cabinet, “do you know what? I seem to have quite a high stash here of pain meds here. Do I need help?”’

This article has been produced with support from Indivior, which has not influenced the content in any way. ORAT is a screening tool which is provided by Indivior as a MEGS (Medical and Educational Goods and Services).