The Royal Society for Public Health (RSPH) has called for music festivals to provide drug safety testing facilities ‘as standard’, as the summer festival season gets underway. The organisation also wants to see the harm reduction measure implemented in 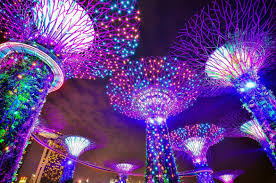 The call follows concerns about increasing purity levels of club drugs, with tests ‘repeatedly’ reporting ecstasy pills containing 150g and more of MDMA, compared to averages of around 50-80mg in the 1980s and ’90s (DDN, March 2017, page 4).

Drug safety testing pilots have already been carried out at UK festivals with the support of local police, and harm reduction organisation The Loop plans to extend testing to eight of this summer’s events. RSPH research found that around a third of festival-goers and clubbers would ‘definitely or probably’ not take their drugs if testing revealed the strength or composition to be different than expected, while almost half said they would take less or ‘be more careful’. Last year RSPH published a report that advocated decriminalising the personal possession of all illegal drugs (DDN, July/August 2016, page 4).

‘While the use of stimulant club drugs such as ecstasy can never be safe, and RSPH supports ongoing efforts to prevent them entering entertainment venues, we accept that a certain level of use remains inevitable in such settings,’ said RSPH chief executive Shirley Cramer. ‘We therefore believe that a pragmatic harm reduction response is necessary.’

Testing facilities provided an opportunity to ‘impart practical harm reduction advice to an audience who would not normally engage with drug services’, she continued. ‘We urge events companies to make these facilities a standard part of the UK festival and clubbing landscape, and we urge both local and national police and public health authorities to provide the support that will enable this.’

‘We believe that prioritising public health over criminal justice for drug users at a time of growing concern about drug-related deaths at festivals and nightclubs can help to reduce drug-related harm both on and off site,’ added The Loop’s director, and professor of criminology at Durham University, Fiona Measham.