There were nearly 100,000 alcohol brief interventions carried out in Scotland in 2015-16, according to official figures – 59 per cent more than the government expected in its local delivery plan estimate. The last three years have also seen a three-fold increase in the number of interventions conducted in wider, non-priority, settings such as criminal justice and social work.

More people are buying their drugs on the ‘dark net’, according to the latest Global drug survey, with MDMA, cannabis and NPS the substances most frequently purchased. Nearly one in ten respondents reported having bought drugs this way, with 5 per cent saying they’d never taken drugs before buying them from dark net sources. The UK had the highest overall last-year use of NPS, while NPS users were three times more likely to seek emergency medical treatment than users of traditional drugs. Full results at www.globaldrugsurvey.com

Drug and alcohol dependency is one of the themes of the government’s new ‘life chances fund’, an £80m initiative to tackle entrenched social issues. The project will support social impact bonds (SIB) to ‘help transform people’s lives’, says the Cabinet Office, and is launching alongside a new centre of academic excellence for commissioning public services, the Government Outcomes (GO Lab), in partnership with Oxford university. ‘This is about central and local government, academia and the voluntary sector all coming together to work at tackling some of the most entrenched social challenges we face,’ said civil society minister Rob Wilson. Expressions of interest invited at www.gov.uk/government/publications/life-chances- fund until 30 September.

Scottish drinkers could consume their entire recommended weekly unit limit for just over £2.50, according to Alcohol Focus Scotland. A survey of supermarkets and convenience stores in Glasgow and Edinburgh found wine on sale at 32p per unit, lager at 26p per unit, and three-litre bottles of 7.5 per cent cider at just 18p per unit. Chief executive Alison Douglas said, ‘£2.52 is the price of a takeaway coffee yet this can buy the weekly recommended alcohol limit of 14 units. The more affordable alcohol is, the more we drink and this means more alcohol-related hospital admissions, crime and deaths.’

The Irish government intends to proceed with plans to open the country’s first supervised injection facility this year (DDN, October 2015, page 4), health minister Simon Harris told the Irish Independent newspaper, with the drafting of the necessary legislation now ‘at an advanced stage’. The site will be in Dublin, a city that has seen increasing problems with street injecting, while the country has also experienced a spike in blood-borne virus 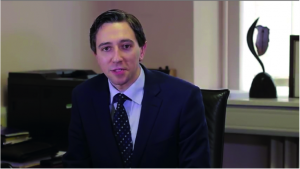 transmission. Meanwhile, the Glasgow City Alcohol and Drug Partnership (ADP) has established a working group to look at opening a facility in that city, along with plans for heroin-assisted treatment.

Glasgow has an estimated 500 vulnerable people who inject in public places and has seen increasing rates of HIV infection. A business case will be presented to ADP in the autumn.

There are now more than 29m people classed as ‘suffering from a drug use disorder’ globally, according to UNODC’s 2016 World drug report, up from 27m the previous year. Around 12m people inject drugs, 14 per cent of whom are living with HIV, says the document. Although drug-related mortality has remained stable, there were still 207,000 reported deaths in 2014 – an ‘unacceptably high number’ and preventable with ‘adequate interventions’ in place, says UNODC. Report at www.unodc.org

EMCDDA has published its first analysis of the health responses to NPS, 98 of which were detected for the first time by the EU’s early warning system last year. While existing interventions can be adapted to address NPS, ‘competence-building’ should be a key investment priority, says the document. ‘The significant number of annual detections of these drugs, and associated harms, calls for the continuous assessment and development of appropriate services for users at risk,’ said EMCDDA director Alexis Goosdeel. Health responses to new psychoactive substances at www.emcdda.europa.eu

Updated guidance on widening the availability of naloxone has been issued by the government, covering issues such as who can supply the emergency overdose-antidote, using it to save a person’s life without their permission, the risks associated with widening availability, and more. 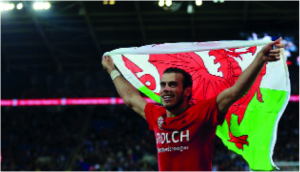 Children watching England and Wales matches during the group stages of Euro 2016 were exposed to alcohol advertising every 72 seconds, according to research by Alcohol Concern. Pitch-side adverts for tournament sponsor Carlsberg appeared an average of 78 times per game, says the charity, with around 14 per cent of the audience likely to be under 18. ‘Alcohol marketing drives consumption, particularly in under-18s, and sport should be something which inspires active participation and good health, not more drinking,’ said the charity’s campaign manager, Tom Smith.

Three quarters of people in the UK’s criminal justice system have a problem with alcohol, according to researchers at Teesside University, while over a third are alcohol-dependent – compared with just 4 per cent of the general population. ‘In order to get appropriate interventions in place around alcohol we need to be working with practitioners and individuals involved in the criminal justice system,’ said lead researcher Professor Dorothy Newbury-Birch.

Councillors in Blackpool are considering imposing a ban on alcohol advertising in some areas of the town as part of their 2016-19 alcohol strategy, in a bid to address alcohol-related harm and crime. Blackpool has one of the highest rates of alcohol-related hospital admissions in England, while the north west as a whole has the highest rate of problem alcohol use. If agreed, the council could impose a new by-law by early 2018.