We welcome your lett 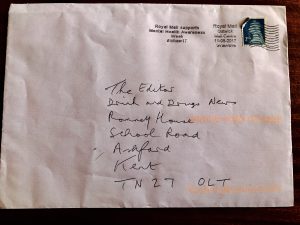 ers and comment. Please send your feedback to articles – as well as your thoughts on any aspect of your work or personal experience – by emailing the editor, claire@cjwellings.com. Letters for publication should be up to 350 words.

Having worked in this sector for over ten years it never ceases to amaze me how little attention is paid to smoking cessation. Every drug and alcohol service is instantly recognisable by the small huddle of smokers near the door, and these are the professionals working there! Clients smoking is something that in my experience is hardly ever addressed, despite the huge health risks associated with it. The rationale is that our job is to work with clients to tackle their primary addiction to drugs and alcohol, and that trying to stop smoking could jeopardise tentative first steps to recovery.

That is why e-cigarettes are a game changer! Clients do not have to increase their stress levels by trying to quit an often very entrenched habit, but simply switch to using something that is hugely less harmful. This is why I was interested to read Professor Neil McKeganey’s article in May’s DDN magazine on the relatively low uptake of e-cigarette use, and the misconceptions around how harmful they are compared to normal cigarettes. This is despite PHE stating that vaping was 95 less harmful than smoking. McKeganey states that alongside confusion and dislike of the paraphernalia, this has led to only around 15 per cent of smokers switching.

I think it is our duty to encourage clients to try to switch to vaping, and ensure that they are aware of the facts and have access to the equipment. We could even be handing out free e-cigarettes and allowing clients to use them in services! By doing this we will be improving their health and wealth, which all goes towards a successful sustainable recovery.
Lucy Phillips, via email

In response to ‘The emperor’s new clothes’, (DDN, May, p19): People do not ‘recover’ from childhood trauma, entrenched behaviour and mental illness just by sticking a methadone or subutex script in front of them. Without long-term investment in proven therapeutic interventions that work with clients where they are at in that long, long recovery journey we will continue to see an increase in drug related deaths and low successful outcomes. I have worked in substance misuse for 20 years and services have got less client focused and less accessible to those with the greatest need. We need a revolution in service design and commissioning and some commissioners who understand the complexity of problematic substance misuse.
Daisy Flower, via DDN Magazine Facebook page

Thank you for your comprehensive look at the risks of Xanax (DDN, April, page 6). Young people at my son’s school know all about getting hold of this drug but the school has done nothing to help parents or pupils by acknowledging the drug, let alone what to do about it. I am lucky that my sister gets DDN at work, as I have been able to show the school information that gives the facts without scaremongering. I hope that they will actually use the info to start discussion on prevention before it’s too late.
S Riley, by email

Clive Hallam makes some good points in his article on talking therapies (DDN, April, page 18) but, because of the quantity of misinformation in the rehab sector and the paucity of most of the so-called rehab systems on which his observations rely, he understandably misses the main requirements for recovering addicts from their habit. OST is not a recovery from addition prog­ramme – it is merely a change of supplier and as Clive has rightly pointed out, too many talking therapies rely on the practitioner rather than on the process they use.

Society cannot afford to provide a police or medical minder for anybody for life, so any viable solution must sufficiently empower the addict to enable him or her to take control of their own life, and again help themselves. This means using a non-drug withdrawal, plus training in two things: giving them the knowledge of how to reach and maintain abstinence; and at the same time resurrecting their responsibility level to the point where they can run their own lives.

Substituting one addictive substance for another does not cure. Talking about one’s addiction seldom cures, nor does so-called ‘treatment’. But drug-free withdrawal plus training does work in enough cases to make it thoroughly worthwhile.
E. Kenneth Eckersley, CEO, Addiction Recovery Training Services (ARTS)

Choice is a lifeline

Thanks for your article ‘More Choice, More Options’ (DDN, April, page 14). It is essential that the role OST can provide in an individual’s recovery is acknowledged, and not ignored as part of a desire for a ‘one size fits all’ abstinence based model.

I am in long-term recovery and am now abstinent from all drugs, but without the pause from the madness of addiction and the period of stability that my prescription created, I do not think I would be where I am today. It is also interesting to hear of new innovations within this sector, which will hopefully help to reduce stigma towards people on scripts and provide more opportunities for more people to start their recovery journey.
Max, by email

The UK’s drug policy approach is no longer fit for purpose. It’s time to try something new, says Norman Lamb 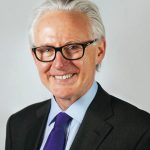 The Liberal Democrats have long been calling for wholesale reform of our outdated and catastrophic drugs policies. There is no doubt that the War on Drugs has failed to tackle the harm caused by illegal drug use, or support problematic users into treatment and rehabilitation. Instead, we put huge sums of money into the pockets of criminals. It is a completely stupid approach.

While Labour and the Conservatives want to persist with the War on Drugs, however disastrous the consequences, the Liberal Democrats have been prepared to stand up in Parliament and call for the bold changes that are clearly required. We have recently been pushing for a debate in the Commons to force the government’s hand, and had been close to securing one before Theresa May announced a general election. Hopefully we will be in an even stronger position to make the case after 8 June.

The Liberal Democrats are the only party with a progressive, liberal, and evidence-based policy on drugs. We strongly believe that the possession of all drugs for personal use should be decriminalised on public health grounds, but have also gone one step further by calling for a legalised and regulated cannabis market in the UK. It would allow the sale of cannabis from specialist, licensed stores, overseen by a new regulator. The model was proposed by an independent expert panel, which I established, before being formally adopted as Lib Dem policy in March 2016.

We have to be pragmatic. We know that people will continue to purchase and use drugs, so ensuring their safety and wellbeing must be our absolute priority. It’s disheartening to see other countries adopt more enlightened approaches while Britain is stuck in the dark ages.

Drug and alcohol addiction stands alongside obesity and smoking as one of the biggest public health disasters the country faces. There is a moral imperative to ensure that treatment services are properly funded, which unfortunately hasn’t been the case in recent years, but we also need to end our hard-line approach to drug addiction where people are too often punished instead of being diverted to treatment and support. The Liberal Democrats have been clear that we would invest more resources in public health, ensuring that every local area is able to provide strong services including treatment for drug and alcohol misuse.

Our message of hope is this: There is a political party committed to fighting to reverse the cuts we have seen to substance misuse services, to reforming our damag­ing drugs laws so that drug use is treated as a health issue rather than a criminal offence, and to delivering a properly-funded, world-class health and care service where nobody goes without the right support. Only a vote for the Liberal Democrats on 8 June will guarantee a strong voice on these issues over the next five years.

In search of altruism

A year on from ‘View From The Coalface’ (DDN, April 2016, page 17), the Mulberry Community Project is still alive and well and has ambitions, says Keith Stevenson. 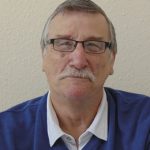 When I started up the Mulberry Community Project six years ago, people told me it wouldn’t work. I approached the powers that be and they told me that they had no money to help us and that they didn’t understand the concept of recovery houses.

Mulberry started with £250 in the bank and a lot of faith. We had help from Green Pastures, our partners from Southport who could see the vision, and support from the church at All Hallows in Blackpool, which has been a lifeline for us. We have seen other organisations come and go and huge pots of money being used and abused by others trying to do what we have done – helping people finding their road to recovery and out of the chaos.

We’ve now had six years of building the programme and working with people – some who wanted recovery and some who just wanted a roof over their heads; six years of sending people back into society to work, lead a productive abstinence-based lifestyle and enjoy life. We still get phone calls and visits from our past residents, and we catch up on how well they are doing and what they are achieving.

However there is so much more we could do, by offering work experience along with qualifications – so that when people leave, their readiness for work is obvious. To achieve this we need help. I have just been to the opening of a fantastic project in Blackpool that helps young people with terminal illness have holidays, and the vision and the dream is breathtaking. It is easier to raise funds for a popular charity like this than for one that helps recovering addicts; we are not a ‘pretty’ charity, and I know we are not alone in this. However we receive no funding from commissioners and we have to rely on what we earn and what we raise.

This may sound silly, but I want people who could give without expecting any return – to perhaps loan without making a profit out of it. I want altruistic people who are willing to be involved with helping people get back into society. I want £50k so we can build a project that is going to have a massive impact on people’s lives, and those around them. We are a very small charity and that amount would be massive to us.

I want to help those who may never have had work, people who need training to expand their skills and who are looking for independence from the state, and I know it can be done. If there is anyone out there who has caught the vision, please get in touch and let’s build something together to enable people to live the dream.

Keith Stevenson is founder and CEO of the Mulberry Community Project