Home Features In it together 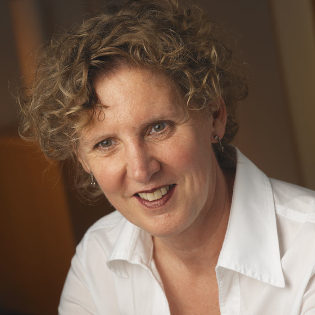 A new set of resources to support access to mutual aid has been published by Public Health England. DDN reports.

Supportive peer relationships with people who’ve had similar experiences are acknowledged as a vital aspect of recovery from problem drug and alcohol use, and Public Health England (PHE) is keen to see the treatment sector strengthen its relationship with mutual aid organisations.

A new range of PHE resources aims to raise awareness of the benefits of mutual aid among commissioners, service managers and their staff; and make sure clients are taking full advantage of what’s available. As well as a keyworker guide to helping clients engage, there’s an audit tool to enable commissioners to determine local barriers to access, and a briefing on the evidence base for mutual aid’s role in supporting recovery, drawing together findings from previous key studies.

The resources were put together through extensive collaboration with mutual aid groups and providers over the course of a year, and PHE also plans to publish practical guides for commissioners and service managers in the spring. In the meantime, however, the mainstream treatment sector should be working to strengthen its relationships with mutual aid groups, the organisation urges.

‘What we would expect is that providers automatically have good engagement with mutual aid groups – however many there are in their locality – and well-developed pathways between formal treatment services and mutual aid,’ PHE’s director of alcohol and drugs, Rosanna O’Connor, tells DDN. This means that, rather than just knowing about the groups or giving out information, services should be ‘actively seeking to support people by making linkages with mutual aid, helping them to participate and sustaining interest’, she stresses. ‘So where people attend for the first time and maybe don’t particularly feel comfortable in that group, they can help them think again or help them look at alternatives, depending on what’s available.’

This is crucial, as accessing mutual aid meetings for the first time can be intimidating, she acknowledges. ‘For any of us, going to something that’s unusual and unknown can be like that. It’s important that it’s as comfortable and positive an experience as possible, so that initial interest has the potential to take off.’

Is awareness of the benefits of mutual aid still low? ‘I think it’s higher than it was because it’s been a priority that we’ve been pushing for over a year now,’ she says. ‘It’s been high on our agenda, although of course that’s been at a time of substantial change within the field. So it’s better than it was, if not as good as we’d like it to be.’

In the appendix to the keyworkers guide, there’s a series of handouts for clients that debunk some myths around mutual aid, such as the religious aspect in relation to 12-step fellowships. Are there are still a lot of misconceptions out there? ‘I think there are, and I think a number of us would own up to having had those in the past. There are those sort of cultural or ideological hurdles that some people feel they might have to overcome, but there are a variety of groups out there so if a good fit isn’t found immediately then it’s worth pursuing and looking elsewhere.’

While providers clearly need to be familiar with the philosophies of the different groups so they can point people in the right direction – and PHE has been working with some groups to help them in terms of how accessible they feel to newcomers – should keyworkers be attending meetings themselves to give them a better insight into what it would be like for their clients? ‘Whatever works in each locality – we don’t want to be prescriptive – but a level of awareness of what happens at these groups is good to have,’ she states.

Could mutual aid be one way of addressing regional variations in treatment outcomes?

‘Mutual aid is just one of the component parts of a successful treatment system, but it’s definitely something that we would expect to be in place. There’s good evidence that it’s effective – for example, the addition of just one abstinent person to a drinker’s social network increases the likelihood of abstinence in the following year by 27 per cent. That’s quite a remarkable statistic, so to me it would seem mad if every locality across the country wasn’t attempting to achieve that potential difference.’

One of the key challenges facing the sector now is the population of entrenched opiate users aged over 40. Is this a group where good quality peer support could potentially play a vital role?

‘You would think so,’ she says. ‘You can never predict who’s going to be successful and at what stage. Most of us will have seen people who we never imagined would survive going on to be very successful in terms of recovery, and service users will come across people like that in every mutual aid group or meeting they might go to. To be able to see people in recovery who they may well have known themselves as users, or who they know to have had very significant problems, is hugely empowering and gives people a vision of their own recovery. We have got a very challenging population in treatment now who we’re looking to help recover, so every little bit of the system that can be tweaked to improve recovery outcomes is what we’re after.

‘We’re talking about people whose social networks, as they still exist, have probably been part of the problem in the past and part of the challenge that they’re trying to overcome. So helping people to create new networks of social support is really important.’