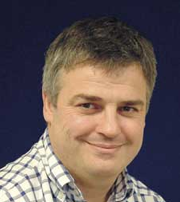 Put on the spot

Dr Steve Brinksman on having his preconceptions challenged

About a month ago I had a patient come in to see me and tell me what I should prescribe for them. I am generally very open to discussion with patients and agreeing a joint plan after a mutual sharing of information – at least that’s how I hope it works. However on this occasion Phil took me a bit by surprise when he sat down and simply said, ‘I think you need to prescribe me nalmefene’. He had been drinking around 80-90 units most weeks but always had one to two alcohol-free days a week and sometimes three to four days in a row without alcohol. There was no morning drinking and no signs of physical withdrawal, although he freely admitted craving and difficulty in controlling his use when he drank.

I also found out that he was doing a wine-tasting course with a view to working in the wine industry, so long term abstinence wasn’t an appealing prospect. He agreed to see our in-house alcohol counsellor for psychosocial support, although I felt I could adequately support him with an extended brief intervention. He also agreed to keep a drink diary, and I arranged to see him again two weeks later.

When he came in he reported no reduction in his drinking so I agreed his original request to prescribe nalmefene. I reviewed him two weeks later at which point he had used the drug on seven out of the 14 days and his weekly consumption was 60 units in the first week and 45 units in the second. He was pleased with this progress and it will obviously reduce the harm if his drinking can be maintained at this level, although both he and I acknowledged that it would be better if he could reduce further.

Previously, I suspect, I would have told him he should become abstinent. And he would have probably ignored me. Because for him, abstinence simply isn’t currently an option. For me, it is chastening sometimes to be put on the spot by patients and challenged to see things differently. I hope that Phil continues to do well and I hope that I will always listen to what patients feel will work for them and at least explore the options. That way, we can work together to reduce harm and improve wellbeing away from the distraction of pursuing the illusion of the ‘perfect outcome’. Till the next time, anyway.

Steve Brinksman is a GP in Birmingham and clinical lead of SMMGP, www.smmgp.org.uk. He is also the RCGP regional lead in substance misuse for the West Midlands.