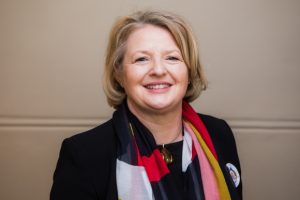 The Office of National Statistics published the latest figures on the number of people whose death was linked to drug use, they stated “the number of deaths registered from drug use in 2018 was the highest since our record began in 1993. We have also seen the biggest year on year percentage increase’’

Those ‘decision makers’ have, in the last 19 days, responded to the report.  The Royal College of Psychiatrists, Alliance of NHS Substance Misuse Providers, The Centre for Social Justice, members of the ACMD, the Association of Directors of Public Health, academics, treatment and advocacy charities within the sector.

The commentary and analysis has been as varied as we would have expected from a sector that seeks to advocate and protect against the wide range of causes and consequences of drug use. However, there is one common universally held opinion – the cut in funding for treatment has eroded the sector’s ability to deliver a consistent level of service across the country, in line with the evidence base developed over decades.

Read the article at

DDN magazine is a free publication self-funded through advertising.

We are proud to work in partnership with many of the leading charities and treatment providers in the sector.

This content was created by Phoenix Futures, and first appeared on 3 September on: