‘The road to recovery – political destination or patient journey?’ was the theme of this year’s RCGP and SMMGP primary care conference. DDN reports. 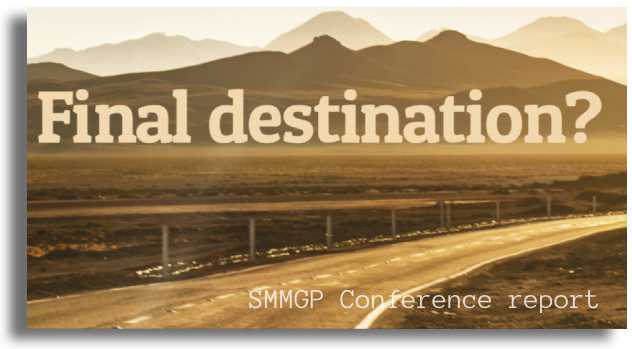 ‘None of us need reminding about shrinking budgets and decommissioned services,’ said clinical lead for alcohol and drug misuse at NHS Nottingham, Dr Stephen Willott. Issues like the rising cost of buprenorphine were making matters worse, he said, and ‘while we’re told there’s an extra £20bn coming for health, my worry is that it won’t come anywhere near local councils and drug and alcohol services’. Many people, however, were doing the best they could for a vulnerable group. ‘We need to help people to find softer landings. Sure, if we had more money we could do more.’

There were some grounds for cautious optimism, however. While the latest drug-related death figures were still the highest ever there was ‘at least a flattening of the increase’, he said. ‘We need to make sure that people are seen in a timely manner, that there are no forced exits before someone is ready, and no unnecessary hurdles. We need more roads to recovery and we need to be able to help a wider range of people.’

In terms of drug harms there remained serious questions about why certain drugs were illegal, said Professor David Nutt of Imperial College. ‘The main reason why drugs are illegal is because that’s what the media and politicians want.’ One paradox of working in the field was that drug harms did not correlate with their control, he argued. ‘By far the worst harm comes from alcohol, and it’s legal. The Misuse of Drugs Act is supposed to be evidence-based, but it’s not.’

In terms of OST, treatment optimisation was crucial, SMMGP clinical director Dr Steve Brinksman told delegates. ‘We have to ask ourselves why more people are dying, and people in OST are at much reduced risk. We need to properly understand lapses – people will generally blame themselves, but we need to start thinking about measuring craving as well as withdrawal when we talk about dose optimisation. We shouldn’t make people who are comfortable and doing well in their lives feel ashamed that they’re having evidence-based treatment. I’ll support anyone who wants to work towards abstinence, but I will not force people to come off treatment.’

Public Health England (PHE) was working on an OST good practice programme, its alcohol and drug treatment and recovery lead Pete Burkinshaw told the conference. ‘We’re doing this for all the right reasons and, at the moment, it’s a blissfully politics-free zone. It’s building on what’s gone before but asking what we can do better.

‘People talk about the jewel in the crown of the UK treatment system being the very low HIV prevalence, and I agree with that, but there’s also the 60 per cent treatment penetration. Internationally that’s very good – but it could be better. We need to hold the centre and focus on what’s important in the current operating context, and what constitutes quality treatment. That’s more important than ever.’

Resources were hugely constrained, he acknowledged, and there were challenges such as increasing levels of crack use and falling numbers in alcohol treatment. ‘The system needs to respond to all those things, but the people taking up most of the capacity are still opiate users.’ The programme’s initial topics would include prescribing practice, psychological and social interventions and the segmentation of the treatment population, he said, through the filters of service user experience and implementation barriers. ‘Let’s look at what are the absolute must-dos, and take it up from there.’

When it came to policy and practice, we were ‘at a turning point’, said professor of addiction medicine at Edinburgh University, Roy Robertson. ‘We’ve got new drugs, patterns of drug use we haven’t seen before, demographic change.’ In terms of the high rates of drug-related deaths, policy was ‘a bit tricky’, he stated. ‘Things like time-limited treatment and trying to get people off methadone are damaging, and the UK government has no intention of allowing consumption rooms.’ People who use drugs had also been ‘framed’, he stated – characterised as reckless, indulgent, violent and responsible for crime.

‘The upshot of that is that we have a marginalised treatment population. There is neglect, reluctance and a lack of innovation.’ Studies of drug-related deaths could, however, lead to advances in care, he said. ‘It shines a light on the range of morbidities this client group is suffering from.’

The new Scottish drug strategy (see news, page 4) also had ‘some good things in it’, he added. ‘It endorses things like human rights, take-home naloxone, lived-experience advocacy and it takes a swipe at the UK stance on consumption rooms.’ However, while it was evidence-based that evidence was ‘highly selective’, he argued. ‘There’s stress on the “recovery journey” but, to my mind, at the expense of the NHS.’ 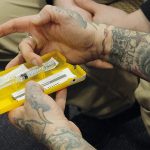 While Scotland’s take-home naloxone programme was well-received and discussed internationally it was still not possible to see a ‘causal effect’ in preventing drug-related deaths, he said. ‘But it has clearly had an impact in that super-high risk period of the first few weeks after release from prison, so there is clear evidence that it can work.’ On the issue of consumption rooms, ‘we really do have to make some progress on this’, he stressed. ‘The international evidence is there, and they’re part of a whole spectrum of treatment. You wouldn’t have a hospital without an A&E or intensive care unit.’

Deaths involving ‘festival and party drugs’ were increasing alongside those involving opiates, director of The Loop, Fiona Measham, told the conference, with purity levels for ecstasy at their highest ever level. Her organisation had been carrying out festival testing for the last three summers, and there was ‘an opportunistic element’ to festival drug use with people tending to take more drugs than they normally would.

‘There’s polysubstance use, and a significant group of older people who only ever take drugs at festivals and may be unaware of the higher purity levels.’ One in 20 MDMA samples from this summer were actually n-ethylpentylone, a very long-lasting cathinone, she added, with festival dealers twice as likely to be selling contaminants and substances of concern. ‘They can sell anything and get lost in the crowd.

‘We’re not encouraging or condoning drug use, but we give harm reduction advice – 90 per cent of our service users have never spoken about drug use to a healthcare professional so we’re reaching people at the very beginning of their drug-taking careers. We can monitor trends in local drug markets and remove high risk substances from circulation.

The Loop had also been involved in setting up testing in consumption rooms in Copenhagen and Vancouver, and would soon be operating in Bristol and Durham city centres. ‘This is something that should be available to all drug-using communities.’

The human cost behind the statistics, however, was brought home powerfully by author and journalist Poorna Bell, who told the conference how her husband Rob had taken his own life in 2015. ‘He struggled with chronic depression and addiction. They tore at him to the point where he couldn’t see anything getting any better.’

She’d known nothing about addiction, she said. ‘My mind reeled with the horror that it had been heroin. We have this incorrect hierarchy of substances, and heroin seemed the worst of the worst. I stayed with him and helped with his recovery but ironically I felt I couldn’t tell my family and friends, which shows the isolation faced by people and their loved ones. The resources for someone whose loved one is an addict are abysmal.’

The GPs’ conference showed the power of a united front for better treatment, says Lee Collingham.

After a decade of attending the RCGP conference, I was in London for this year’s event. I’ve learnt that to get the most from the programme, it’s handy to go through the running order for the two days and see if there’s anything or anybody that I must see. Otherwise you spend your time nipping from session to session and not particularly learning anything new.

With this in mind, I identified sessions which matched my own personal goals. These included reducing drug-related deaths, the testing of substances to eliminate contaminants, and inclusivity for those working in or using the treatment. Whether the goal is abstinence or the approach is focused on harm reduction, I believe it is important for us to work in partnership and together, rather than being a foghorn alone.

One of the sessions that caught my eye was by Professor Roy Robertson from Edinburgh University who spoke about the recently released Scottish drug treatment strategy. Although not entirely relevant for England or Wales, it does however give us good indicators of what is and isn’t working and what the overall aim is. It was unclear whether the provision of naloxone in the community had made any difference to drug-related deaths; however it had been a success with those leaving prison. He made welcome suggestions that treatment should be person centred and lead with a multidisciplinary approach.

Of personal interest to me was finally meeting Fiona Measham, who discussed the growing success of The Loop in giving festival guests and nightclub users the opportunity of having the drugs they’d purchased tested. The team was shocked to find the increase in strength of MDMA, some with over 90 per cent purity, and they also found a number drugs being missold as other things. The initiative had been a success, not just with service users who were having second thoughts about what they were taking, but also the police and organisers. They planned to do at least 18 events in 2019 and were looking at working with more nightclubs.

Other than the moving tributes given to both Rob Bell and Beryl Poole, two of the many we have lost, the final highlight for me was attending a presentation on the future face of recovery from Annemarie Ward of Favor UK. She highlighted the challenges and problems service user groups and organisations often face when it comes to raising funds – particularly if we’re fighting against each other, rather than together, for the same resources. All too often, she pointed out, it’s left to a team of motivated individuals and volunteers to ensure the success of such projects, and I could identify with that.