Home Columnists A chance to breathe: the case for e-cigarettes 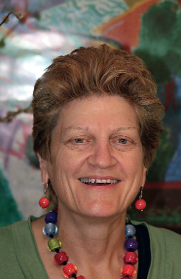 E-cigarettes could be the biggest public health intervention of our lifetime, says Dr Chris Ford.

Slightly ambivalent about the conference theme, I went to speak at the Global Forum on Nicotine in Warsaw in June – and had my eyes firmly opened. I got chatting to two people, both of whom were vaping. Eric, now in his late 60s, explained that he was a retired teacher and had smoked since he was 16 years old.

He had tried everything to stop smoking but nothing had succeeded. He had had chronic obstructive pulmonary disease (COPD) for the last few years and one bad night he googled ‘how to stop smoking’ and came across e-cigarettes, known technically as electronic nicotine delivery systems (ENDS). In all his years of trying to stop smoking, nobody had mentioned them to him.

Thinking ‘What have I got to lose?’ he ordered a basic e-cigarette kit and e-liquid and hasn’t smoked a cigarette since. He needed to experiment with different nicotine strengths, temperature control and a variety of flavours before arriving at the right combination – but he hasn’t looked back.

I knew after seeing a film by Aaron Biebert, A Billion Lives that I was on an amazing journey of learning. What struck me was the passion of these consumers and the struggle ahead. I was shown evidence of politicians, doctors and other health professionals speaking falsehoods, not looking at the evidence and taking a dogmatic stance.

The selling of tobacco for smoking is probably the most immoral and insidious form of drug dealing in the world – more than 6m people die every year from it. The companies producing this deadly product are largely based in countries where strict regulation of advertising, selling, and use, is in place – however, about 80 per cent of the world’s smokers live in poorer countries where almost none of these regulations apply. The top three global health problems – ischaemic heart disease, cerebrovascular disease and chronic obstructive airways disease – are directly related to smoking.

E-cigarettes are a highly effective intervention for those who can’t or don’t want to stop using nicotine. The Royal College of Physicians reports that risks using a vaporiser are unlikely to exceed five per cent of those associated with smoked tobacco products (http://bit.ly/244lizV). Yet even in the face of such obvious benefits, we are seeing bans in an increasing number of countries.

There seems to be a ‘war on e-cigarettes’, with vendors being prosecuted and even jailed in countries as diverse as India and Australia. ‘Big pharma’, who have put millions into nicotine replacement therapy, and tobacco companies, who have been left behind in the development, are both supporting the anti-e-cigarette propaganda.

E-cigarettes could possibly be the greatest public health intervention of our lifetime, and everything possible must be done to make them accessible to all. We must ensure that this new, much safer, way of consuming nicotine isn’t just available in the richer countries, leaving the lethal hot smoke mechanisms to be sold in their billions to the poorest in the world.

Chris Ford is clinical director of www.idhdp.com Presentation at http://bit.ly/2c40t0L