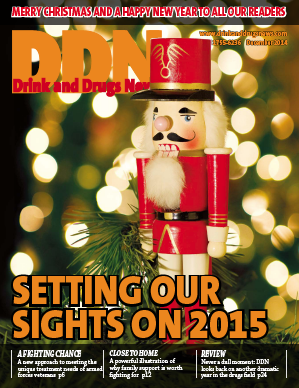 In this month’s issue of DDN…

‘Alcohol misuse has been an inescapable way of life for many who have served in the armed forces… The levels of alcohol use and misuse during military service often increase when personnel return to civilian life, amplifying its negative effects both for men and women,’ says Jacquie Johnston-Lynch in this month’s DDN. She talks to the magazine about how Tom Harrison House is meeting the challenge of supporting veterans in treatment.

Click on the links below to read more, and don’t forget to join the discussion by commenting, tweeting and liking our Facebook page.