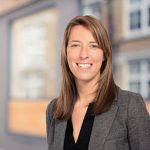 Under the Equality Act 2010, the CQC is legally required to set equality objectives at least every four years. In March 2017 the regulator revealed four new objectives that will have a direct impact on services.

The first is around person-centred care and equality. Noting that leadership is required to make person-centred care a reality, the CQC found that some groups – including disabled people, people from black and minority ethnic groups, lesbian, gay and bisexual people, younger people and those aged over 75 – were less likely to say that they were involved in their care across a range of sectors. It also found that black and minority ethnic (BME) people and lesbian, gay and bisexual people reported poorer mental health than other groups. 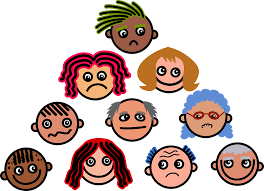 To combat this, the CQC has taken a series of steps, including adding a specific question to Provider Information Request forms (PIR) in relation to equality, and helping inspectors to ask the right questions and gather evidence.

Providers must be sure that their service and the leaders carrying out regulated activities ensure that all service users are included in the planning and execution of their care.

The second is accessible information and communication. With 11m people in the UK with hearing loss and almost 2m people living with sight loss, all publicly funded providers must now meet the Accessible Information Standard. This aims to improve the lives of people who need information to be communicated in a specific way. Although the standard doesn’t apply to private providers, it should still be seriously considered as good practice.

The third objective is around equality and the well-led provider. The equality aspects are now better developed in the key lines of enquiry (KLOEs), prompts and ratings characteristics in CQC’s new assessment frameworks for both health and social care services. Inspectors are now prompted to look for evidence that providers take account of equality characteristics for people using their services.

Finally, there should be equal access to pathways of care. The CQC has noted that people using health and social care services often need to use more than one service, known as a ‘pathway of care’. However, people in some groups may have difficulty accessing particular care pathways, such as GP servic­es, which could lead to poorer outcomes for them. The CQC found that there can be barriers to accessing GP services for migrants, asylum seekers, gypsies and travellers, and pathways could be improved at a provider and local system level. This should be a consideration of any substance misuse service.

Providers of substance misuse services must be aware of the importance of delivering care in line with these objectives, particu­lar­ly as the CQC are, quite rightly, prioritising how people from minority backgrounds experience services. Person-centred care is key to achieving these objectives and compliance with CQC regulations.