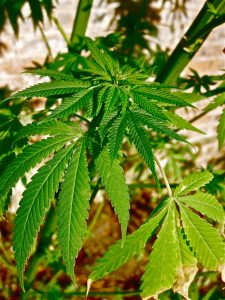 While it recognises the ‘strong arguments’ for legislative change, more needs to be done to determine if legalisation would increase levels of public harm, the charity states.

Use of high-potency cannabis can increase the likelihood of developing psychosis, the charity warns. The organisation is urging policy makers to make sure that the debate around legalising the drug for recreational use reflects the possible impact on the most vulnerable and those living with – or at risk of – severe mental illness. It wants to see more research and consultation, as well as deterrent pricing policies, safeguards against aggressive marketing and measures to regulate strength in order to avoid a ‘huge financial burden on the system’.

A YouGov poll commissioned by Rethink found that almost half of respondents were unaware of the drug’s association with increased risk of psychosis, while almost 20 per cent were unaware of any health risks.

‘One third of all new patients diagnosed with psychosis in London would not have got ill if they hadn’t used high-potency cannabis,’ said chair of the Rethink Mental Illness clinical advisory group, Sir Robin Murray. While it was tempting to look at overseas models, US states that had legalised cannabis for recreational purposes had seen ‘an increase in the use and potency of cannabis, and even more cannabis-related problems,’ he stated. ‘Here in the UK we need a very careful review of our laws so that any revision does not make our problems worse.’

‘We recognise the problems with the current law,’ added deputy CEO Brian Dow. ‘In seeking to overcome the current problems of criminalisation, we must guard against inadvertently creating a public health emergency. This debate has already been given a lot of airtime, but people are less eager to confront the potential impact of legalisation on some of the most vulnerable people in society. We need to redefine the debate.’