Alcohol brief interventions promised a way of improving the nation’s public health – so what happened to this ambitious initiative? Mike Ashton looks back at a 27-year journey. 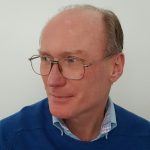 The advent of brief interventions represented a radical realignment away from aiming for abstinence among relatively few ‘alcoholics’ to reducing risk among risky drinkers of all levels. Instead of narrow and intensive, the strategy was to spread thin and wide, deploying easily learnt interventions that could be delivered in a few minutes by non-specialist staff.

Drinkers whose consumption generated no impetus to seek advice were nevertheless to be offered it, after being identified by screening questions or clinical signs while coming into contact with services for other reasons. Some might not benefit and others only modestly, but – unlike treatment – the population was the target.

Screening and brief intervention was primarily a public health strategy to reduce alcohol-related harm at the level of a whole population, to a degree otherwise unattainable without imposing politically unpalatable restrictions on the availability of alcohol.

This is the story of the partial retreat from those ambitions, traced through three British studies in which the same researcher was involved – Professor Nick Heather, the first to evaluate an alcohol brief intervention in primary care, a venue chosen for its near-universal reach. The most influential thinker and researcher on brief interventions in Britain, his work forms the spine of the research-driven realisation that hopes and potential were one thing, realising them another.

Conducted in Dundee in 1985, the results of his first trial can in retrospect be seen as a harbinger of what was to come. Whether screening had been followed by no advice on drinking at all, a very brief warning from the doctor, or the more elaborate ‘DRAMS’ brief intervention, drinking reductions did not significantly differ. The researchers commented: ‘The results… provide little support for the hypothesis that the DRAMS scheme is superior to simple advice and to no intervention.’

Fifteen years later recruitment started for another study co-authored by Professor Heather, seen as the UK trial closest to routine practice, an essential step in showing ‘potential’ could be turned into public health gains. After suffering from low recruitment to the trial and low rates of screening and intervention, it found no statistically significant evidence that a five- to ten-minute brief intervention by primary care nurses in England was more effective than usual unstructured advice, despite costing nearly £29 more per patient.

Though appreciating the difficulties, in 2006, the year these results were published, Professor Heather still optimistically identified the ‘steadily gathering momentum’ of an ‘international movement dedicated to reducing alcohol-related harm by achieving the widespread, routine and enduring implementation of screening and brief intervention’.

That same year, the UK Department of Health had funded a more definitive study, a real-world test with a sample large enough to detect small effects, overcoming a limitation of the previous two trials. Professor Heather was one of the investigators. For alcohol screening and brief intervention in Britain, the ‘SIPS’ study was critical, intended to help government decide whether to invest in incentivising these activities in GPs’ surgeries – there were also parallel studies in probation and emergency departments.

In March 2012, a conference and factsheets revealed the unexpected results, later confirmed in formal publications: brief interventions as normally understood were generally not found to be any more effective than an unsophisticated 30-second warning to patients about their drinking plus an alcohol advice leaflet:

Thank you for taking part in this project. Your screening
test result shows that you’re drinking alcohol above safe
levels, which may be harmful to you. This leaflet
describes the recommended levels for sensible drinking
and the consequences for excessive drinking. Take
time to read the leaflet. There are contact details
on the back should you need further help or advice.

This terse warning was to be a relatively inactive ‘control’ condition against which the brief interventions could shine. Instead, it captured the limelight. ‘Do just the minimum,’ is the message austerity-hit commissioners might have received, encouraged by the ‘less is more’ take on the findings from the Department of Health’s director of health and wellbeing. In fact, whether any of the advice options were better than doing nothing could not be determined by the trial.

The year these results were revealed, 27 years after embarking on the first trial in Dundee, Professor Heather addressed the key question posed by the title of his article: ‘Can screening and brief intervention lead to population-level reductions in alcohol-related harm?’ The optimism expressed just six years before had evaporated, though not entirely dried up: ‘Widespread dissemination of [screening and brief intervention] without the implementation of alcohol control measures… would be unlikely on its own to result in public health benefits.’

Screening and brief intervention might persuade individuals to cut their drinking, but as a public health tool, it had become relegated to a (still potentially important) adjunct to the primary elements – the availability restrictions to which brief interventions had been seen as a more acceptable alternative.

Of the four requirements for public health benefits, Professor Heather judged only one had been satisfied – evidence that brief intervention ‘reduces consumption to low-risk levels in some of those who receive it’ – and depending on how many the ‘some’ are, even that has arguably not been demonstrated in real-world circumstances. Meeting the remaining three requirements was, he wrote, ‘currently unlikely, either because they are difficult to achieve or because there is no evidence to support them’.

A major gap was that ‘public health potential… is unlikely to be realised without the widespread deployment of universal screening’, something no national health care system had been able to achieve. The ideal scenario of drinking being asked about at every contact with a health professional, followed if indicated by help or advice, ‘might not be tolerated by the general public, not to mention the health professionals asked to deliver it, and might therefore be an electoral liability to any political party supporting it’.

By 2017 his caution was being cited and reinforced by UK and US brief intervention researchers. Their downbeat verdict was that ‘After more than three decades of study in primary care, it now seems unlikely that brief interventions alone confer any population level benefit, and their ultimate public health impact will derive from working in concert with other effective alcohol policy measures.’

What prompted this conclusion was lack of evidence that in real-world circumstances, brief interventions reduce alcohol-related ill-health, coupled with the difficulty of persuading GPs to focus on not-very-heavy drinking when patients often have multiple lifestyle risk factors – and when they and their doctors may be more concerned with here-and-now problems rather than the risk drinking will cause future harm.

It is in the nature of the methodologies used to evaluate screening and brief intervention programmes that the door cannot be closed on the possibility that they can appreciably improve public health – if, for example, interventions are refined and incentives to implement them and checks on quality strengthened. And although wider public health benefits are doubtful, these procedures can benefit individual heavy drinkers.

Nevertheless, the rather intractable worlds of doctors and patients trying to cram their priorities into a ten-minute consultation in which alcohol has no natural place has helped drain the optimism of past decades. Even in relatively ideal circumstances, screening and brief interventions are not likely to affect the numbers needed to substantially relieve the UK of its burden of alcohol-related harm.

Mike Ashton is editor of Drug and Alcohol Findings

The author is grateful for comments from Professor Heather. For the full story and more on brief alcohol interventions click here