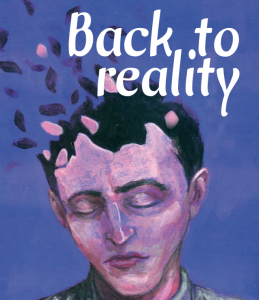 Korsakoff’s syndrome is a severe memory disorder, associated with long-term alcohol misuse. Glenn Barnett shares a new model to support those affected and help them back to community living.

Korsakoff’s syndrome belongs in a spectrum of disorders categorised as alcohol-related brain damage (ARBD). It is a severe memory disorder associated with excessive, long-term alcohol misuse, and results in the loss of specific brain functions due to the lack of vitamin B1 or thiamine. Post-mortem studies suggest that Korsakoff’s occurs in about 2 per cent of the population and 12.5 per cent of dependent drinkers.1

Finding community support for individuals’ specific needs, especially for younger adults, is a real challenge as there is limited specialist provision available across the UK. The Arbennig Unit – part of Queen’s Court Residential Service in Conwy and run by care provider Potens – was set up in 2002 to support younger adults with alcohol-acquired brain injuries within an appropriate and responsive environment.

Our aim was to provide people with Korsakoff’s opportunities for choice and independence – with the focus being on what the individual could do, rather than what they could not do.

What we quickly realised was that to provide the consistent and predictable support required, we would need to develop a bespoke support model.

A trawl of available literature did not give us what we needed, so we developed the Arbennig clinical support model based on the idea that rehabilitation should aim towards a structured, alcohol-free life.2 So abstinence became the cornerstone of our model.

Based on empirical observation, there is a high probability that Korsakoff’s sufferers’ lifestyles have been chaotic, with little, if any, of the social support networks that people would take for granted from friends and family. In response to this, Potens’ support model looks at involvement of professionals, but does not underestimate the importance of family and friends – in circumstances where these relationships have either not been damaged or can be restored.

The health needs of Korsakoff’s sufferers have often been compromised by poor diet. In addition we have come to understand that underlying mental health issues often become more pronounced after a period of abstinence. So we work in collaboration with a wide variety of health professionals to promote improvements and positive outcomes in both physical and mental health.

James had been a resident of Arbennig Unit since July 2015. Having faced some very personal challenges in the past, he had turned to alcohol to help him cope. This resulted in a need for support around his daily activities and the confidence to live independently in the community.

Our admission process is supported by FIM FAM. The functional independence measure (FIM) is an 18-item global measure of disability. It is used to measure disability in a wide range of conditions, with each item scored on seven ordinal levels. The functional assessment measure (FAM) specifically addresses cognitive and psychosocial functions, which are often the major limiting factors for outcomes in brain injuries.

On completion of assessments, James and the staff worked out priorities for helping to achieve his aim of moving out to independent living. Strength-based support plans were developed to complement findings and to ensure that a full, active and worthwhile programme was developed.

A lot of work was completed around abstinence and the benefits – both physically and emotionally – were reinforced in the context of James wanting to move back into the community and keep hold of a tenancy. This was only successful as we adopted a collaborative approach with specialist input from a multi-disciplinary team of professionals, including support charity CAIS.

An important goal for James was to self-medicate as this would enable him to maintain improvements to his mental and physical health. It would also keep to a minimum visits from a care team, which had been making him feel that his flat was a workplace and not his home.

James regained the confidence and skills to manage his community access. This was completed initially on a one-to-one basis with staff to build up confidence, then support was withdrawn, gradually enabling him to access the community independently.

Family connections had broken down because of his chaotic lifestyle, and he had recently separated from his wife. Staff supported James to contact his ex-wife and re-establish a relationship to the point that they would travel together to see their granddaughter. Staff then supported James to contact his son to let him know how hard he was working and how much progress he had made.

A barrier to improving James’ health had been his inability to eat healthily, due to benefit problems and managing some debts that had spiraled out of control. After some work on budgeting skills and support to ensure he was on the right benefits, James was able to afford healthy meals and enjoyed cooking again.

He completely engaged with the team and worked within the support model with more commitment as progress was being made. Over the weeks, staff noticed James’s confidence growing and skills were rediscovered and built on. He faced every challenge presented to him head on and with the Arbennig staff team conquered each and every one.

James moved out into a supported living tenancy in February 2016. We are confident that as a team we have equipped him with the right skills and instilled enough confidence for him to succeed in his endeavours in the future. He also now has the support of his family, whom he now sees on a very regular basis, to help him succeed.

Like Arbennig, any establishment that supports adults with Korsakoff’s through a rehabilitative process needs a thorough understanding to achieve the progress experienced by James: Korsakoff patients are capable of new learning, particularly if they live in a calm and well structured environment and if new information is cued.3 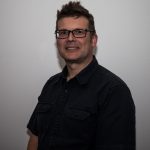 This forms a key part of Potens’ model for staff supporting residents like James, helping him restore and relearn daily living skills by providing meaningful activities.

(2)             Jacques A., Anderson K., (2002) A Survey on assessment, management and service provision for people with Korsakoff’s syndrome and other chronic ARBD in Scotland.