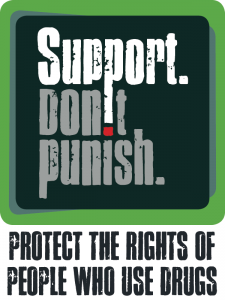 Thousands of people once again took to the streets to call for an end to the war on drugs as part of the Support Don’t Punish campaign’s ‘global day of action’. Events in more than 200 cities worldwide included debates, workshops, concerts, parades, sporting tournaments and displays of street art.

The day of action took place on 26 June to coincide with the UN’s controversial ‘international day against drug abuse and illicit trafficking’. It also saw the launch of a letter signed by more than 100 NGOs in Sao Paulo protesting against recent crackdowns on people who use drugs by the Brazilian authorities, as well as a briefing to media in the Philippines on the harms of President Duterte’s violent war on drugs.

‘By organising these events, partners from all continents are proclaiming that the harms being caused by the war on drugs can no longer be ignored,’ the campaign stated. ‘It is time to leave behind harmful politics, ideology and prejudice and to prioritise health and human rights over incarceration and futile efforts to achieve a “drug-free world”. It is time to support, and not punish, people who use drugs and other non-violent drug offenders.’ 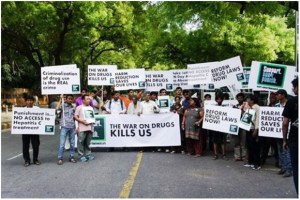 ‘This is the fifth global day of action, and the biggest ever global show of force in support for drug policy reform,’ said International Drug Policy Consortium (IDPC) executive director Ann Fordham. ‘It demonstrates the growing recognition around the world that a repressive approach towards drugs has failed. It is a waste of public money, and it is doing more harm than good, as can be seen today in countries like the Philippines, Cambodia, Brazil and others. We need drug policies that are meaningfully grounded in human rights, and that aim to address the health and social vulnerabilities faced by people who use drugs instead of exacerbating them’.

Full reports and pictures at supportdontpunish.org/2017-global-day-of-action