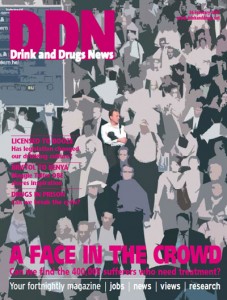 With an estimated 400,000 people with hepatitis C in the UK, it might seem the most logical move to introduce compulsory testing for anyone entering treatment services. Many people don’t know they have the virus, which can manifest itself years later in debilitating symptoms that need expert medical care.

Talking to Siobhan Fahey, a viral hepatitis clinical nurse specialist (page 6), brings some important considerations to light. Compulsory testing can be counterproductive, she points out, driving clients away from services. There is a lot of ignorance surrounding hep C, and much ground to be made up – from raising awareness about the virus to helping people tune into their symptoms.

The Scottish Executive has bitten the bullet by committing an initial two years’ worth of funding to a detailed action plan, with a promise of further resources in the future. With one per cent of Scotland’s population – that’s 50,000 people – thought to be infected with hep C, the chief medical officer has acknowledged an urgent situation and is backing a target-driven approach that involves agencies throughout the country. The hope attached to the plan is in its accountability: a coordinating group has been set up, and regional leads have been designated to make sure the promised action is not forgotten about in their area.

If the plan falters, there are enough stakeholders involved to ask why, and to push progress along to the next gateway for funding in two years’ time.

For the drug users and former drug users who make up most of the hep C caseload, there has to be a breakthrough in the rates of supportive testing, care and treatment – not just in Scotland, but all over the UK – and plenty of scope for a strong multi-agency approach. Recovery is hard enough, without having to contend with the frightening burden of a mystery illness.